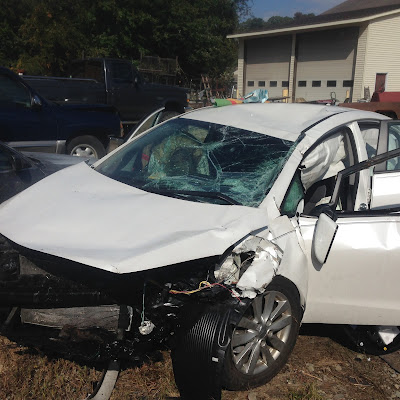 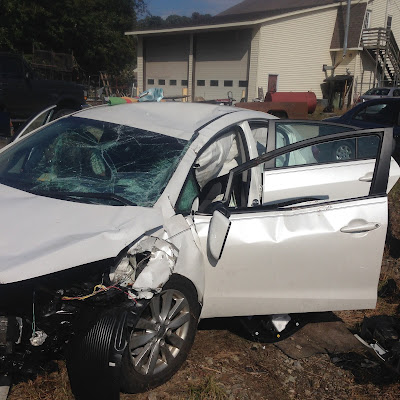 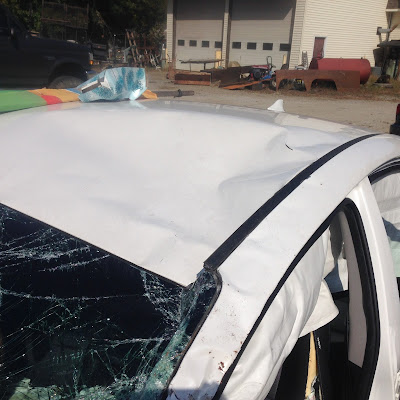 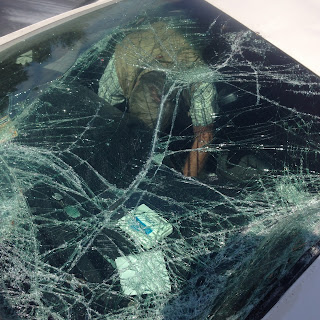 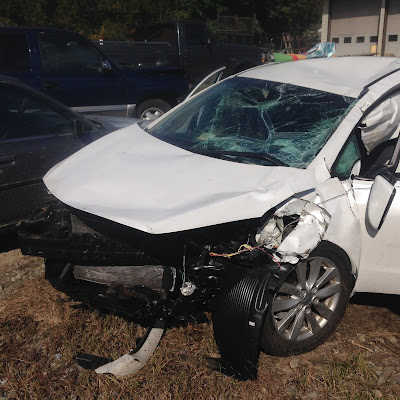 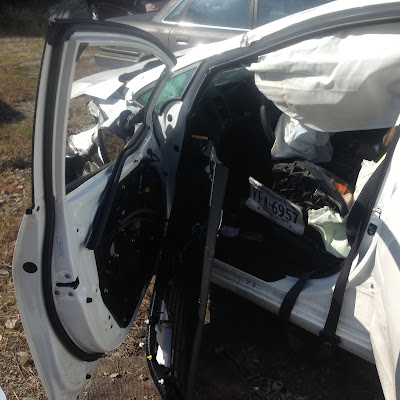 Once upon a time, almost a week after her heart had been splintered into a million tiny shards, on her way to Richmond to see an oncologist--because 2015 hasn't been eventful enough thus far-- Chesapeake Bay Woman was hit by an oncoming car on a dark, two-lane, wooded country road near Glenns and was extremely lucky to survive.  After her very first helicopter ride from the scene of the accident to the hospital, she was diagnosed with two fractured ribs and a punctured lung.  (The top of her head hurt too--see pictures of car roof that is dented on driver's side above.)  She has nothing but the best possible things to say about the little car that saved her life--her beloved Kia Forte, whose airbags and seat belt prevented something far worse from happening.

I've not been blogging because, well, I've just been trying to survive, and so far I'm not dead yet, so I'm winning!  I could write a screenplay--that nobody would believe--about the past several weeks, but the bottom line is I am alive, I am going to survive, and, after I get through a hysterectomy scheduled for November 30th, I will welcome 2016 in with gusto and more determination than ever to live well and fully.

My friends and family have been absolutely wonderful to me, there are not enough words to express my gratitude.

I intend to return to blogging, but until I get a few things resolved--such as a rental car and then purchasing yet another new-to-me car, never mind the upcoming surgery which will incapacitate me for a minimum of four weeks--things may continue to be quiet here.

In the mean time, when you get behind the wheel, don't ever forget to buckle up. 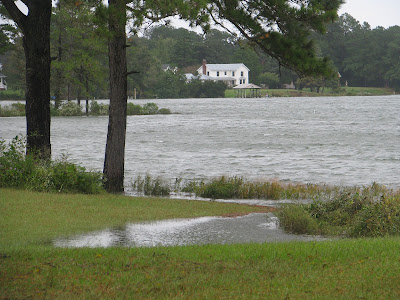 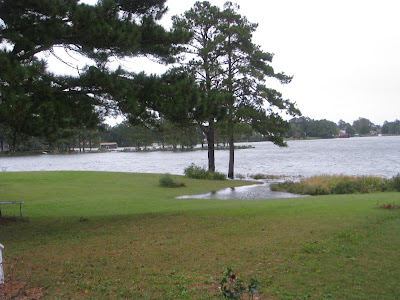 Queens Creek tried to contain herself, but those sustained northeast winds wore her down after a while, especially at high tide. 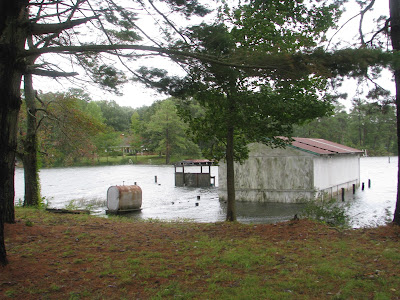 The dock and boathouse, built by my father in the 1970s, worried me.  The creek was over the top of the dock and well up the side of the boathouse for at least five days straight.  Whenever I went out to check on things, especially at high tide, I shook my head as I watched the weakened dock boards go up and down like piano keys with every wave that hit.


This was the first time I ever wondered if the boathouse would finally just surrender and say, "Ya know what?  I've been here a long time.  I'm old.  I'm tired.  I've put up with a lot of stuff, I've done my job.  I deserve to be retired, sipping a margarita poolside in Florida.  Why, exactly, am I still here on Queens Creek putting up with heavy, sustained northeasterly winds and water up to my waist?"

I didn't have an answer.  I couldn't muster a reason at all.  As a matter of fact, why wasn't *I* sipping a margarita poolside in Florida?  Why was *I* still here putting up with the same stuff day after day? Storm after storm?


Miraculously, we both stayed put. 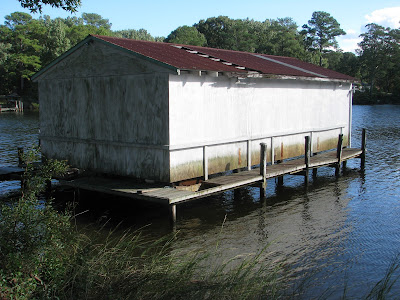 Although the boathouse and I survived with nothing more than an attitude, the dock clearly showed signs of a potential move to Florida surrender. 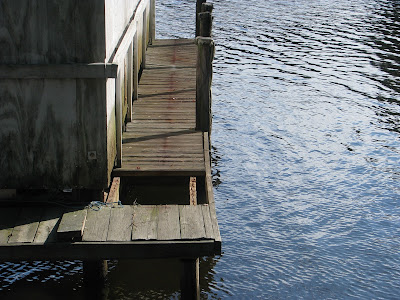 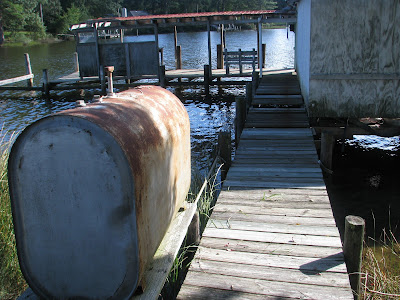 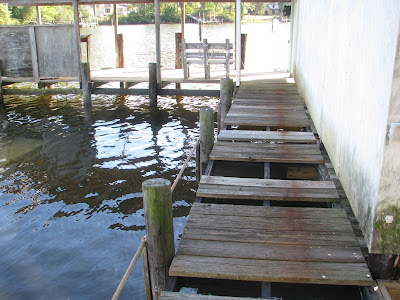 Luckily, this was the worst of it for us.

Mathews schools let out early on Friday and were closed Monday and Tuesday.

Wednesday there was an hour delay to allow the tide to come in and out.

And the sun came back out again. 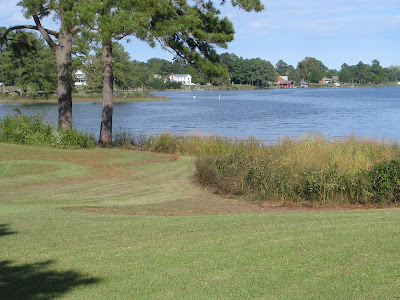 And life goes on.

p.s. I'm not blogging as much for a variety of reasons, not the least of which is Daughter is using my laptop for homework since hers kicked the bucket of late.  Other reasons include driving 400 miles a week to work, work itself, other people asking me to take on more work, very little spare time, nor'easters, surviving as a single parent, surviving another senior year of high school and college applications, remembering to order senior pictures, enduring a nagging toothache that is causing a nagging headache 24 hours a day and my refusal to go to a dentist, Daughter's car needing work, Son needing money, a dog that needs a bath, a cat that needs flea medicine, the stink bug population, ants on my counter, a leaking kitchen sink, a dripping kitchen faucet, and a case of severe exhaustion.  Oh, and I'm training for a half marathon.