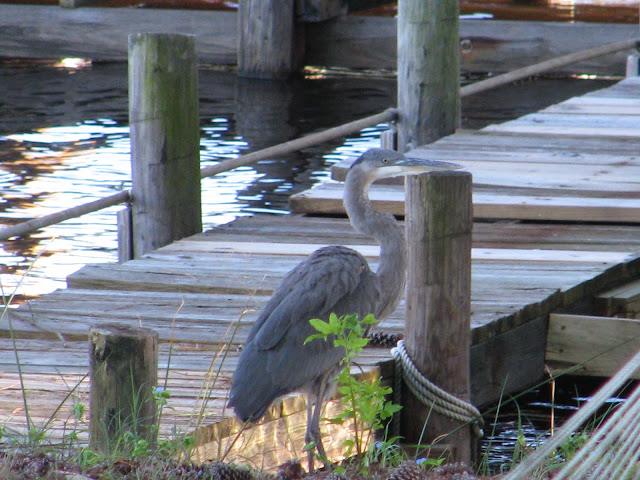 This heron was loitering hanging out at the end of my dock one day recently. 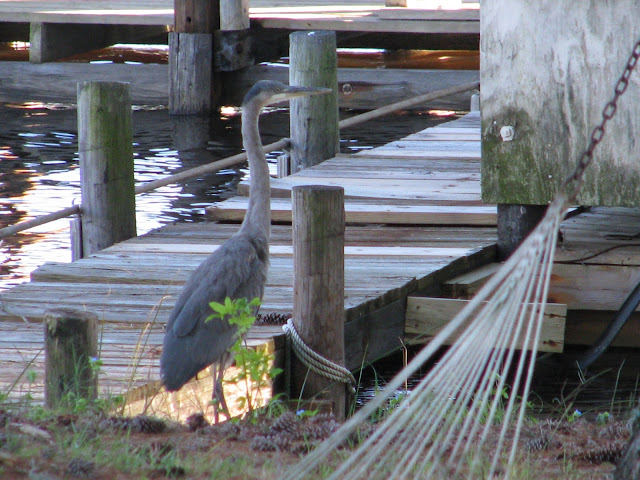 Naturally, as soon as he saw me approach--especially with a camera--he became disgruntled.

It's a well-known fact that herons not only despise people, they also hate having their picture taken.

True introverted hermits they are, these herons.

It wasn't too long before he'd had enough.

In other news relating to more of those I photograph even when they don't want their pictures taken, I visited Chesapeake Bay Son and Daughter at UVA this weekend.  In addition to eating at some great Charlottesville restaurants, we took a hike straight up the side of a mountain off the Blue Ridge Parkway.  No mothers, sons or daughters were injured in the mile of torture otherwise known as the Humpback Rock hike.  It's straight up in the air, practically a ninety-degree angle from the parking lot, at least that's what it felt like to me.  Regardless of how steep it was, the end reward for all that torture work was a spectacular view and a most memorable experience with my two favorite humans.

(I took pictures on my new iPhone, but I'm too lazy to post them here today.)

And now I'm back home staring out at a beautiful, sunny, fall Sunday afternoon.  Trying to figure out what I can get into next before Monday and the workweek arrive.

Have a fantastic week.