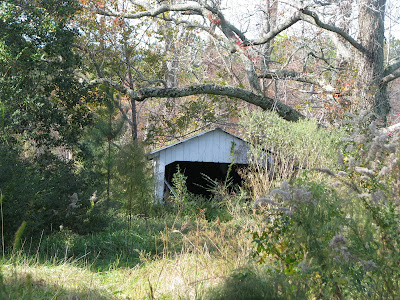 An incessant internal dialogue which rarely ventured far from the simple question, "Why?"

Yes, folks, the Christmas decorating season is killing us killing me upon us once again.

Yesterday I attempted to hoist the 42 thousand million bins of lights and decorations from the basement up to my dining room, which is Christmas Cussing Central Christmas Decorating Central in my house.

As my daughter played video games in the adjacent room, I teetered atop dining room chairs straining to untwist, uncoil and arrange tangled-up lights, garlands, old Santa Clauses and strings of epithets beads delicately balanced atop the china cupboard and various overhead shelves, which are at least seventeen feet high if they're an inch.

After uttering several unsavory words under my breath--lest Chesapeake Bay Daughter hear me--I watched in slow-motion horror as a strand of extra large, white lights plummeted to the floor, taking a stuffed Santa Claus or two down with it as it fell. I was holding on to a prayer to another Santa Claus with my right hand, all the while standing tippy-toe on the dining room chair, wondering what planet I was originally intended for since clearly it was not Earth.

At least not at Christmas.

Using my cat-like reflexes, I grabbed those plummeting lights with my left hand before they hit the ground, but as I grasped and squeezed, an extra-large bulb cut a main artery the palm of my hand. Then the rest of the strand dropped on the hardwood floor, shattering at least 3 other bulbs.

Blah blah blah, there was bleeding and cussing and bandaids and Santa Clauses and garlands and stars and lights. And tourniquets.

p.s. I haven't even begun the arduous project of toting the bin which contains the qwazillion parts and pieces of an 8-foot artificial Christmas tree up the narrow steps from the basement.

We won't talk about assembling it once it's upstairs. Nor about putting on the tangled lights once it's assembled.

Click here to read about last year's efforts to put up outdoor lights, which is most people's first the last step in the whole Christmas decorating process. I can't allow myself to read it due to post-traumatic stress disorder.

Does Martha Stewart ever stand on dining room chairs?
Posted by Chesapeake Bay Woman at 12:01 AM

You need to call the guy you wrote about the other day. Call him. I know he would help. And he probably likes stringing lights.

Hope your hand is ok!

Your hand sounds messy. Hope it heals quickly enough. Maybe those CB kids will put the tree up for you?? The two offspring in my house who could have been a great help weren't, but the two who didn't have much experience or talent decorating were very enthused. When their enthusiasm ran out, I declared the decorating done.

I stopped decorating my house eons ago. That was the year the tree was up until March. Even the cat started to ignore it. Since I don't have kids no one misses the Valentine's Day Bush.

Hope your hand is healing.

I know you're going to hate me for this, but I love nothing more than decorating my house for Christmas! And for that one month, the house looks amazing! I did say a few bad words when I lugged the boxes of stuff up the stairs with a bad back....no help from husband and stepsons who were nowhere to be found. But, I love it!

in the immortal words of one of my wise cousins, "In my next life, I'm coming back as a MAN at Christmas."

They generally don't go 'round wobbling on dining room chairs, they just show up and enjoy!

Well, you saw the extent of our Christmas decorating last Friday. The tree is all I really care about:) We may put some lights in the windows, but I am doing nothing further!!!

Hope your hand is on the mend. It should be ready for round two after you finish your work week;)

GAH ... I say call Mark ...he's a go to guy and I bet he would work for a meal or three ... I hope that hand is healing .. why not just hang ornaments on one of the fir trees outside? What do I know, all need to do is clean last year's wax out of the menorrah

GAH! I made my strapping boy assemble our tree yesterday before he left for school. Now, go get some wine. Mark will come do the rest;)

Oh mah gawd woman. I can picture the whole scene!

My neighbor has a "Mark" now. Super nice guy, single, heart of gold. Not her type (she has a beau), but he's been filling that man o' the house role as concerns landscaping and handymanning.

We toted our tree back from PA on top of our car yesterday. It will sit in the carport until next weekend, at which point we'll go all Griswold and start slappin' up the lights 'round the house and on the tree.

It's the most wonderful time of the year! (Repeat as necessary?)

mmm..sounds like fun! Take care there! Wish I could zip down there and help!

Must admit we Australians don't quite decorate quite as much (well, I don't...some do)..probably something to do with the 30 and above celsius!

Was surprised to find Christmas trees being sold here on the streets when we went out on Saturday! Gets us into the Christmas spirit, even though our tree here may not get done for a bit, with Mr Toddler round a bout!

Have been having great fun walks all over with the family...local park, Central Park on the way to church, Riverside Park on the way home from church...playground this morning...fun fun fun...sore legs...arh! Oh well, hopefully I will get slimmer ad fitter, I hope!

Too darned funny. Have been there. Used to have to decorate my store, which was only about 110 sq. ft. of showroom space, but high ceilings. The place was stuffed to the gills all the time, but never more than at Christmas! Add to that a huge box of artificial greens with giant bows, which we hung about every six feet around the perimeter of the store...lights in every one of the 15 show windows and around the bar ...displays wherever possible...now it's SOOOO hard for me just to put the tree up. ; )

I figured this one out a while ago. It is a Man Job. I will (reluctantly) deal with the tree, MR F is responsible for the outside of the house. Seems fair, as I deal with ALL of the rest of Christmas? That would be the choosing, shopping, wrapping, cooking, and the IN-LAWS, while he is gallivanting around Europe.

Oh, I'm sorry, do I perhaps sound a tad bitter?! Perhaps it's because I borrowed a friend's Costco card today as I left mine at home, got to the checkout with a gazillion items, after the cashier put them through, she refused the card because it didn't look like me...

Girl! You're lucky you didn't fall & break your neck! And thanks for reminding me to go get my ladder, cuz I SO would be standing on the dining room chairs tonight puting up my Christmas Crap er...Decorations:) Becareful. And get some help with those bins!

Thank y'all for commenting, as usual your words make my day.

If you saw the actual wound on my hand, you'd die laughing. But it's deep AND I think there's still glass in there. If there isn't, then I'm going to pick the daggone thing to death until I require a blood transfusion. It hurts like the dickens, but I suppose I'll survive.

Just a few quick remarks as I don't have much time on here this evening.

Middle Sis - I don't hate you for all your perky enthusiasm and joy and over-achievement and perfection, but I'm not happy about it.

AMN-That may be one of the funniest expressions I've heard in a while.

Annie-You play tennis, you're not supposed to have sore legs - how is your back doing?

Mrs. F. - I'd almost rather have glass shards in my hand than unload a cart at Costco and be stranded without the card. You have my deepest and sincerest sympathies.

Thanks again, y'all, and have a great evening that does not involve teetering on dining room furniture or broken glass. Or--most importantly-- missing Costco cards.

...my legs have not been right since I hurt my foot at tennis, and had the thrombosis. Oh well, as long as I keep moving I'll be ok I am sure. I sure will miss my tennis though.

Martha probably has a full staff of folks that stand on the dining room chairs for her while she barks commands at them... LOL

I cannot stand dragging all that stuff out and it gets worse every year. Not sure if its because I am older or just drinking more! But I do love the tree! Even if it only has lights. Sorry about your hand. Please stop acting like a ballerina. Martha Stewart would be appalled even though she may throw out a few cuss words. She learned them in jail!
<><