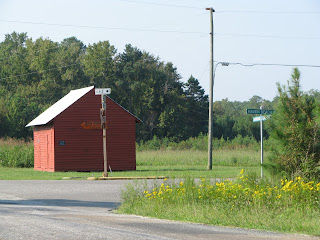 Once again we find ourselves in the midst of the day called Thursday, which is when we're encouraged to share three (or more) things, no matter what they are.

1. As it turns out, after that little hike through the woods last week, I don't have poison ivy. I have CHIGGERS, or rather chigger bites. If you don't know what chiggers are, I'll devote a separate blog post to them at a later date. However, even if you do know what chiggers are? You don't know what this year's graduating class from Mathews County post-hurricane is like. In short, they're horrendous. Much like our mosquitoes, this year they have morphed into some killer, mutant breed that is relentless and dead set on causing hysteria, paranoia, incessant itching and the uttering of more than a few choice words.

Hey, at least my record against poison ivy still stands.  I am not allergic to it, at all. By the way, this is only mildly comforting as I scratch myself to death over these killer chigger bites.

2. The Mathews High School cross country teams are undefeated. They won again Tuesday night against Northampton, Lancaster, and Middlesex. I am woefully behind in every possible aspect of my life on updating the cross country blog, but hope to tend to that this weekend. Chesapeake Bay Son's time has been improving, and it's such a pleasure to watch these kids run.

3. Saturday there's an invitational cross country meet at Maymont in Richmond (a mere 70 miles away! one way! on Saturday!) which I will attend in between working on proofreading and editing the first draft of the book, which was recently sent to me by the publisher and due back with all edits (that's 100+ pages at last count) by Tuesday.

(In between driving to sporting events and editing book submissions,  I also work  at that little place called The Paying Job, so not sure how I will squeeze everything into an already frenetic schedule, but we don't worry about such things, what with all the scratching from the chigger bites and all.)

3b. In short, every spare minute of my life time has been spoken for this weekend.

3c. Regardless, Sunday I will spend some time reminiscing with Ann Marie, whose great- great- great- GrandSomeOne, Elzy Burroughs, built the New Point Light. Next weekend, she's moving away from Mathews on to a place called Greener Pastures, which is a spectacularly gorgeous beach community huddled near the Atlantic Ocean.

By the way, she can expect frequent visits from CBW who has absolutely no problem inviting herself to friends' houses, especially when those friends have houses near the beach.

Now it's your turn to share three things. Feel free to share more things unless, of course, those things happen to be chiggers and/or mosquitoes. 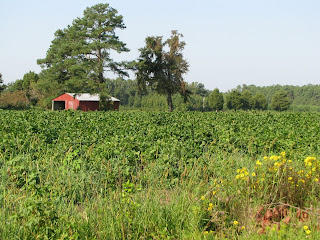 Labels: All I Do is Drive, Cross Country, The Book, Three Thing Thursday, Wild on Waverly Lane

Rub some ammonia into those chigger bites, it will take the itch away like magic! (for a little while anyway, enough time for you to say aaahhh!)
Congrats on your son's cross-country adventures!
I don't have a thing, let alone three things, to add other than to cheer you on in your attempt to create the 30 hour day in order to accomplish all you plan to do this weekend...
Take care and hope you squeeze in an hour or two for yourself

I was VERY happy to see 3c. in there as I was reading down the list I was sinking deeper and deeper into realizing Sunday may not happen! But YES! it is!!!

you need no invite ... you will just be a permanent in and outer.

1. I've never had a chigger bite, but when I was a kid spending the summer in the 'Ville, a friend had chigger bites but because of her southern draw I thought she said "jigger bites" so I went around telling my parents' the evils of jiggers. This story of my misunderstanding is still told today anytime the word "chigger" or "jigger" is brought up.

2. Congrats to the track team. Our field hockey team is not having the same luck. Midge is playing beautifully as goalie (getting some notice and recognition from papers and colleges- please, God, send a full scholarship) but the team isn't and that makes Captain Midge very grumpy and negative so much so that I'm longing for her to go to college.

3. I'm inviting myself to ride along with CBW to Ann Marie's place. I'll pay for gas and half the wine.

Greener Pastures .. I think we all need to visit Re .. I'll kick in for the wine too and some food

I am stumped for a 3rd thing .. so good luck with the editing and way to go CBSon and team

1. I have had experience with chiggers and they are nasty little critters!

2. Apparently, I missed out on an important part of growing up by not watching monster flicks that were unintentionally funny.

3. If you are throwing something away in a trash can near a swimming pool - make sure there isn't a volcano lurking in the bottom of the bag!

Undefeated! That's great. I mean the cross-country team, of course, but you as well. No poison ivy, merely mutant chiggers, and yet you carry on. Bravo, say I. Bravissimo, says the crowd.
— K

Put turpentine on the chigger bites.
1) It will kill the chiggers.
2) It will stop the itching.
3) You will smell like a pine tree.

1. Put nail polish on the chigger bites. I spent my childhood with colorful dots all over my legs;)
2. Wait. Re is moving???
3. Good luck this weekend CBKiddos!

CBW--happy weekend, and if you follow all your friends' chigger bite remedies,maybe you will be itch-free and smelling like ammonia, pine-sol, plus a hint of artistic turpentine with nail polish dots all over...
@ Trisha--if you can find them, movies I'd recommend are "Tartu" (a dead Aztec come back to life, wearing pantyhose) and "Plan 9 From Outer Space" with the final footage of Bela Lugosi(who died in the midst of filming, so disappeared from the end of the movie w/o plot alteration). It's a famously terrible movie. "Legend of Boggy Creek" has someone being attacked while on the toilet...by a swamp creature.
LLC

2. My husband is going away for a guys' weekend. This is not necessarily a bad thing. In fact, it's a good thing.

3. I will swing by Mathews and pick you up and we can crash Ann Marie's place together. She's going to one of my favorite places on this earth!