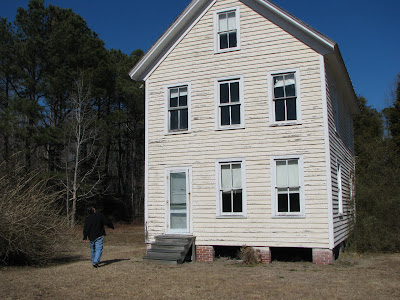 Saturday I spent some time over on the island touring Eligible Bachelor Mathews Mark's great-grandfather's place, shown here. That's him walking around the side of the house. He was probably saying something very important but my focus was on the house.

One thing I'd like to convey before I forget is this house never had bathrooms. Ms. Pookie later stated, "No septic," when talking about the current owner's deliberations over whether to renovate it. Mathews Mark couldn't recall where the outhouse used to be, but the water pump is still standing out back.

Since this was such a rare opportunity, I declared this a mandatory field trip for Chesapeake Bay Daughter. To Teenaged Chesapeake Bay Son, knowing full well mandatory would not go over well, I said "Your sister and I are going to tour a historic home and visit with a local legend. If you want to come, fine, you'll enjoy it. If not, fine too." He stewed on this for a while, and of his own volition he opted to come along.

Chesapeake Bay Daughter was christened the scribe and given a pen and tablet to take copious notes. Wait until you read those notes later in the week, they're priceless.

Before venturing indoors, we spent some time outside admiring the various outbuildings.

This one behind the house was exceedingly photogenic, and I neglected to ask Mathews Mark what it was used for. Or maybe he told me when I didn't have my listening ears on and before CB Daughter began taking notes. Or maybe he was waiting out front wondering why I was dillydallying in the back yard.

Here are the many faces of the outbuilding which caused me to dillydally: 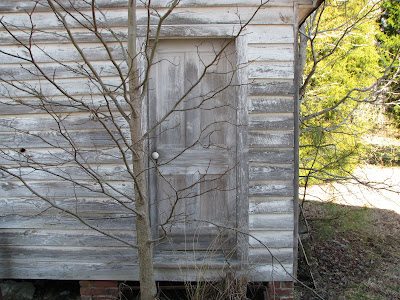 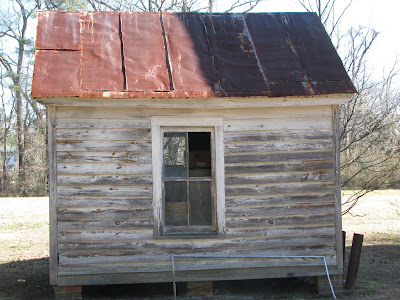 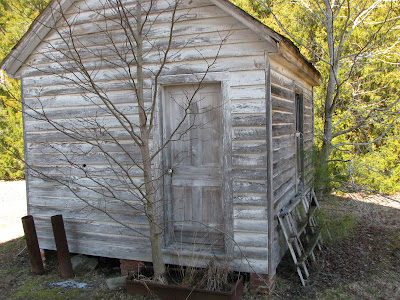 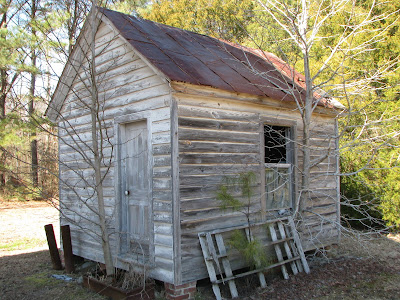 Mathews Mark or Mathews Mountain Man, please let us know what specifically this building was used for. Based on the proximity to the main house, my guess is it was the original kitchen.

Tomorrow we'll tour the remaining outside structures that came as such a surprise I almost fainted. After that, we'll use the key below to venture indoors for a glimpse at a house that is built as solidly as the pyramids in Egypt.

After we explore the inside, we'll take a stroll down the road to Ms. Pookie's house, where the stories abound and where Chesapeake Bay Daughter's transcription skills will prove invaluable. 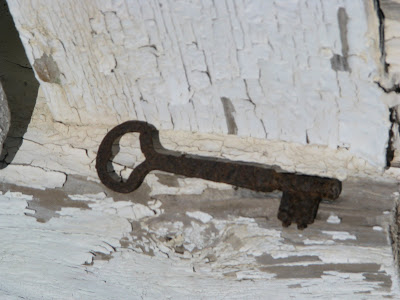 They don't make 'em like this anymore.
Posted by Chesapeake Bay Woman at 12:01 AM

That key is the glue that hold this story together, or maybe it's the key to the door of MM's great grandfather's house.
I can't wait to see what's inside, and of course to read CBD's notes.

Can you tell that I'm almost back on schedule?

That's my deleted comment. It was a duplicate due to fingers faster than lightning.

my guess.. not a kitchen.. no chimily. Unless it fell down.
Just guessing.

I can't wait to see the rest of the story and the notes and the pictures... you are WONDERFUL with that Precious.

I'm glad your son chose to come, too. Mine would have firmly refused, I'm sure of it. I can't wait to read CBD's notes!

The out building is the old kitchen the old stove pipe has been gone. the kitchen was later moved into. the main house when electricity was put in. CBW quit taking pictures of my butt. LOL I will be gone to second home for a few days but will chime in from time to time. MM

I might like to have a kitchen in a different building. No one would see the mess that way. And, CBW? You keep right on taking pix of his butt. Thank-you.

Wonderful photos .. I am enjoying looking at them so I wont over analyze .. except to say woman you take a damn fine photo!

Such neat pictures. I can't wait to see - and hear about - the inside!

Love the photo of the old key!

Awesome photos cbw! that key shot rocks. MM is one heckava nice guy for letting you trespass for free!
<><

I have been saving the Pookie Chronicles for now. I have my chips and my salsa and a nice glass of milk (the salsa is spicy) and am enjoying your posts like reading a little book.
I can understand why you were smitten with the little summer kitchen. Or kitchen.