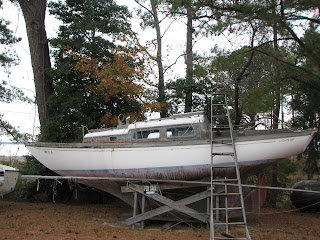 Welcome to Three Thing Thursday, where I share forty three things and you share three, four, five or more things, who's reading counting?

1. Monday night I was so excited about Don W.'s Old House Woods guest post that was scheduled to go up the next day. He and I had been trading e-mails for several days, and the last communication that night asked him to let me know if there were any glaring errors after it posted just around midnight. I would make any edits the next morning at 5:30, which is when I get up for work and check e-mail before guzzling a gallon of coffee driving four thousand miles in the bitterly cold darkness.

2. But, as CBW's magnetic field luck would have it, at 5:30 Tuesday morning, my internet did not work. Since I have no "smart" phone, no mobile internet, and very restricted internet access at work, I naturally panicked because I didn't know if the post was up; if Don had sent me corrections; or if I was going to be able to function for the rest of the day since my morning routine was entirely disrupted.  In short, I was a basket case tad flustered.

3.  At work, I accessed enough internet to discern that (a) the post was up and (b) Don hadn't sent any revisions so (c) I could focus on having my personal technical consultant, Chesapeake Bay Son, diagnose and repair the internet problem while (d) continuing on with life which is stressful enough without unnatural disasters like lack of internet wreaking havoc on one's blood pressure.

4a.  When I arrived home from work Tuesday night, CB Son somberly announced, "Houston,  we have a problem," at which point I flatlined pressed the Panic Button on my telephone which automatically dials Hallieford Jim, the technical wizard who saved me from myself and dial-up internet.  (Click here for a blog post about Jim and the miracles he performs.)

At Dinner O'Clock I called him in a panic.  He very calmly picked up after the first ring.  As I was trying to explain who I was, he said in a very soothing voice, "I am reading your Old House Woods post now."  Then I tried to explain the shituation happening with the internet, using terms such as "the black thing" or "the flat white thing with two antennas" or best of all when I said "wan connection" and however I said "wan" made CB Son and Daughter crack up into hysterics and who here is still awake?

4b.  When Hallieford Jim said he would be over the next morning to fix the problem, I hung up the phone and breathed a huge sigh of red wine relief.  Last night when I arrived home, everything was back to normal. All I needed was a new modem.  The other one-- recently purchased-- is broken due to the magnetic field that surrounds me and causes everything to spontaneously malfunction. Chesapeake Bay Son, a very reasonable, logical and methodical thinker, can confirm the magnetic field theory, particularly as it relates to the modem malfunction.

4c.  Regardless, I cannot thank Hallieford Jim enough for coming to the rescue--again.  If anyone in the Mathews vicinity is interested in high speed internet, please click here and give Jim at Rivah Broadband a call.  He'll hook you right up.

5. In other news, I just won a contest over at Averett Lady Nana's blog!

6. The forecast as this is written calls for 100% chance of snow today.  I say bring it on.

7. Today's post should have been called "Too Many Things." Having internet access miraculously restored; winning a contest; and waiting on "guaranteed" snow have made me a little giddy.

Now it's your turn to share as many things as you'd like.  Whatever is on your mind.  Anything at all. 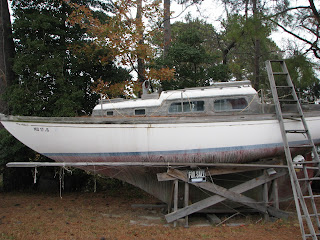 Gosh, its horrible to have your routine disrupted when your internet is down. I'm glad you were able to get it fixed!

Mercury is in retrograde. Drink some wine.

1) Your son laughed when you mentioned a WAN because you do not have issues related to a WAN unless you were trying to connect to your work VPN, which I doubt you would have access to remotely, given your line of work. Your little home network is a LAN.

2) I just went upstairs and sparks shot from the lightswitch as I turned the light on to find that one of the dogs had sh*$ on the floor in the hallway. I screamed and my husband said, "Do that again." as if he wants me to get shocked and I said, "No." and went into the other room and got shocked when I turned on the light switch. And I screamed again. Apparently, I have a magnetic field around me too. I was actually scuffing my bedroom slippers along the carpet, which most likely created static electricity.

3) So sick of sitting in this chair and working....leaving for NC today for my husband's work party. Of course he no longer works with the company.

4) Headed to Jamaica the first week of January and I cannot wait!!

I'm anxious to know more about the sailboat in the photos of today's blog. It is in the parking lot at the Mathews Maritime Foundation facility on Gwynn's Island. It may have belonged to Gilbert Klingel who built large steel boats at this location after he "retired".
Klingel wrote Inagua, The Bay, and a book on how to build steel boats. In addition to being an author and boat builder, he was an amazing biologist, naturalist, adventurer, and inventor. His daughter will be doing a presentation about her dad and his book, Inagua, tonight at the Mathews Maritime Foundation meeting at 7:00 at the Mathews Library....open and free to the public.

Baby its cold outside .. come on lets open a bottle of red and whine about the cold .. so glad you are reconnected .. wan, huh? Snickers.

Regarding my previous comment above.....the Mathews Maritime Foundation meeting at the library has been canceled due to ice and snow. The library is closing.

1. When you said 'wan', all I could think of was 'Obi wan kanobi' - or however that's spelled.

2. I was having a really, reeeeaaallly sh$t day, but after reading that? Mine is not so bad.

OK, Middle Sis, just want to point out that the reason I even referenced WAN in my dialog was because the error message we were getting said something was wrong with our WAN connection. So I was merely reading what the error message kept saying. No matter how many times we tried to bypass it, it kept popping up.

BayBrowder-Thanks for the info about the event at the library. Glad they've cancelled it though based on the snow.

Driving out there is tricky - I should know since it just took me 2 hours to drive home from work. Route 17 from Yorktown to Salsa was bumper to bumper, then it cleared up a bit. Also, if you're looking for 2% organic milk at the Mathews Food Lion, I bought the last carton. Sorry.

Y'all are in the snow bullseye! We got a paltry inch and a half northwest of DC.

Your magnetic field must be something fierce, because that is the only explanation for the fact that my microwave suddenly died. I heard a pop, then I smelled burning plastic, then I crossed myself and unplugged it. And poured wine. Not necessarily in that order.

Everyone in my house is grouchy tonight. I'm waiting for my neighbor to get home because it's more fun to drink wine with a bubbly neighbor than a grouchy spouse. Or kid. Or whatever.

Glad you're back online!

Because I got beat up for not knowing were Old House Woods was (although I've been there 50 times) I not going to comment on what I know about the sail boat, Pulley's Marine or the Hole In The Wall that's some place on eastern shore right,, right. this is Dummie sign in off, say good by Bubba!