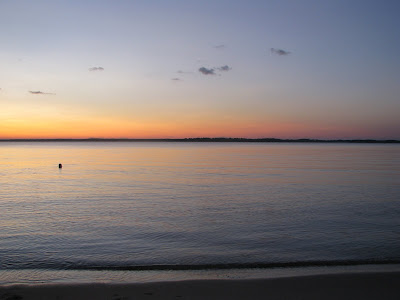 "Speaking of extra dimensions (as I was, to myself), I can prove they actually exist.

There is the dimension I fell into on Church Street - floating in a realm whose time is 1/11 of real time. Head down, I was about to be crushed by a heavy vehicle loaded with senior citizens, feet against the sky and refusing to obey my will to have them against the pavement to help me struggle upright. My brain was flooded with the hormone for "fight or flight." I can truly say I was Somewhere Else than our four-dimensional universe. How this agrees with particle physics (which can't even agree with itself), I can't say, but the human mind is as much a part of the universe as black holes. In fact, some minds are black holes.

My husband is a marvel of economy when it comes to information management, while I am doomed to retain every inconsequential detail for eternity. (Example: the bit of prose from my 11th grade English book - "The Loose that Gaid the Olden Geg," Or Goose that Laid the Golden Egg, written with transposed first letters throughout. Trust me, I can no sooner dispose of this ditty than I can extract my own appendix.) Husband conversely discards all information not directly linked to his own basic human drives, including food, shelter and tractors, (and possibly one or two others that Chesapeake Bay Woman is editing out because it causes undue mental anguish) not necessarily in that order.

I can die assured that Husband will not grieve long. In fact, by funeral time, he may have to ask who passed.

We attribute Husband's evaporating recollections to an early heart surgery and its primitive methods. Before age 20 and before the bypass equipment used today, he was packed in ice (to slow down metabolism) and operated on within a small window of time to repair a big hole in his heart chambers. He always blamed the ice for his deficits; this could be.

At any rate we deal with his memory deletions by using my cluttered-closet lobes as extra storage space. This despite the fact that his head is twice as big as mine. It is strange, though, having to remind him the names of his college roommates, his mother's maiden name, that his grandfather played the trombone and worked for the railroad, or that he was described as "silly" on his report card by an elementary teacher.

That leaves plenty of room in Husband's lobes for the truly important data he so requires: how to find his way to the "Pink Feather," * as I have dubbed his garage/workplace/buddy club for its large posters of scantily-clad girls; how to use his cell phone, which is the Living Network of Bubbas (LNB); and how to scramble eggs, grill hamburgers and fry oysters.

We gladly store all information for a plate of those oysters. They are their own pleasure dimension and the real reason I stay married. "

* Note from CBW: The Pink Feather, which is essentially a work shed located on Route 700 and therefore also referred to as the 700 Club, serves beverages on a regular basis, where regular can sometimes be defined as daily. Old Granddad gets together with Jim and Jack to shoot some Wild Turkey. I'm sure this has nothing to do with an ailing or failing memory.

Many world problems are discussed and solved there. If only they could recall their solutions, I'm sure the world would be a much better place.
Posted by Chesapeake Bay Woman at 7:00 AM

I love it when CBM and Dad come to visit. What a lovely story and a beautiful sunset.

I love my CBMom posts!

It had nothing to do with the ice.
It is the testosterone.
Trust me.

Ahhh, the PINK FEATHER. One day I decided to make a "surprise visit" to the members of the Feather...I opened the door and all I saw were four red, slightly enlarged, floating eyeballs. Apparently the "beverages" are served all day, any day, at any hour of the day. It was as if I opened a barn door and found two strange animals who were just as shocked at my existence as I was to theirs. I TRIED to make simple conversation, like " hey, what are you two working on?" or " what's going on?"...and it seemed, no matter what I asked, I got the same blank, surprised stare....I think I'll call before my next visit!
Love,
Baby Sis

What a treat this was. Your mom is a treasure, and it sounds as if your dad is, too (especially as long as he keeps the oysters coming).